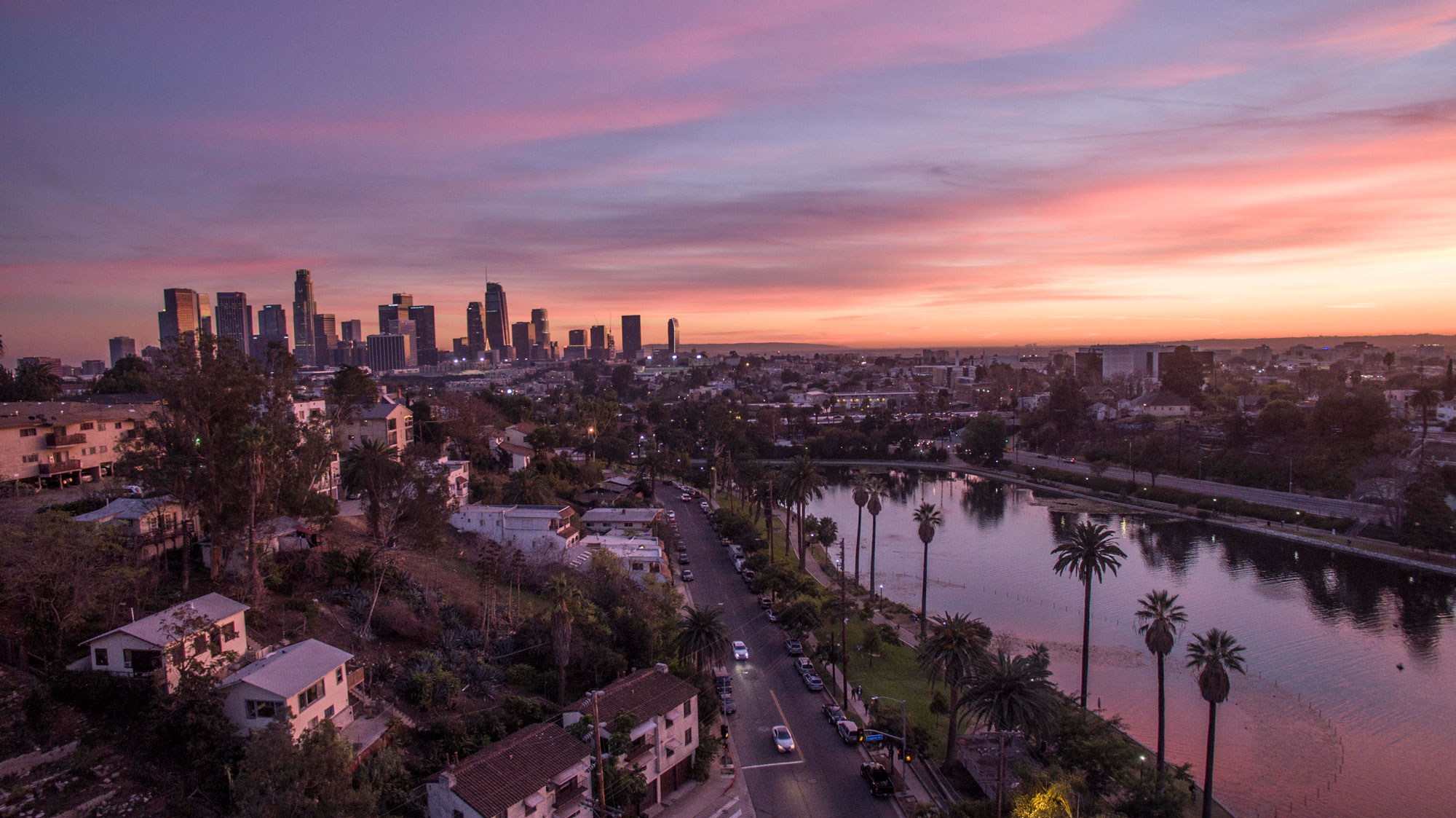 Echo Park is the less expensive, less flashy (read: less hipster) cousin to its neighbor, Silver Lake. This Eastside neighborhood of Los Angeles has much to offer.

Echo Park gets its odd name from the picturesque lake (once with the rather unromantic name of Reservoir Number 4) which, according to legend, was named thus because…well, the lake seemed to echo. That’s Echo Park for you – intriguing, individualistic and decidedly quirky.

Echo Park is flanked by Elysian Valley to the north and northeast, Elysian Park to the east, Chinatown and Downtown to the southeast, Westlake to the southwest and west, and Silver Lake to the northwest. It is located a stone’s throw (3 miles) from downtown Los Angeles and 19 miles northeast of LAX.

Echo Park is alive with vibrant street murals and an eclectic, pumping nightlife. It comprises some great neighborhoods, including nooky Angelino Heights with its Victorian-era residences and Elysian Heights, once the proud home of L.A.’s radical counter culture and intelligentsia. The revered Dodger Stadium seems like a brooding giant neighbor over Echo Park.

Historic Filipinotown comprises the southwest portion of Echo Park and Victor Heights is situated between Chinatown, downtown Los Angeles, and the central part of Echo Park, off Sunset Boulevard near the Pasadena Freeway. It offers dramatic views of the Los Angeles Civic Center and a mixed population of older and younger residents.

Echo Park Lake is the heart and soul of this lovely community with its footpaths and spots to enjoy a picnic. The Square One at the Boathouse has drinks and pastries too. You can have a blast on one of Echo Park’s pedal boats or even rent a gondola or canoe – and just soak in those amazing views of L.A.’s wonderful downtown skyline.

The highly underrated Elysian Park is great for hiking or just a nice, lazy stroll and it has some of the best views L.A. has to offer. Better still, it isn’t as cluttered with tourists like other L.A. parks and canyons tend to be. Angels Point offers a beautiful sunset view of the city’s imposing (and very nearby) Downtown skyline.

Want a great night out? Then mosey on over to The Echo & Echoplex, undoubtedly one of the hippest nightclubs in the City of Angels with its nightly music events. Known for featuring new bands on L.A.’s always happening music scene, you can even order pizza from the bar, which happens to be made by the offbeat Two Boots pizzeria next door.

Going to watch a ball game at Dodger Stadium? Well, forget the hot dogs and other ballpark fare, and opt instead for noodles and sashimi at the reasonably-priced Tsubaki, a popular izakaya just opposite the famous stadium. Or go Mexican and have the tacos or veggie stews at Guisados, also just walking distance from L.A.’s baseball cathedral.