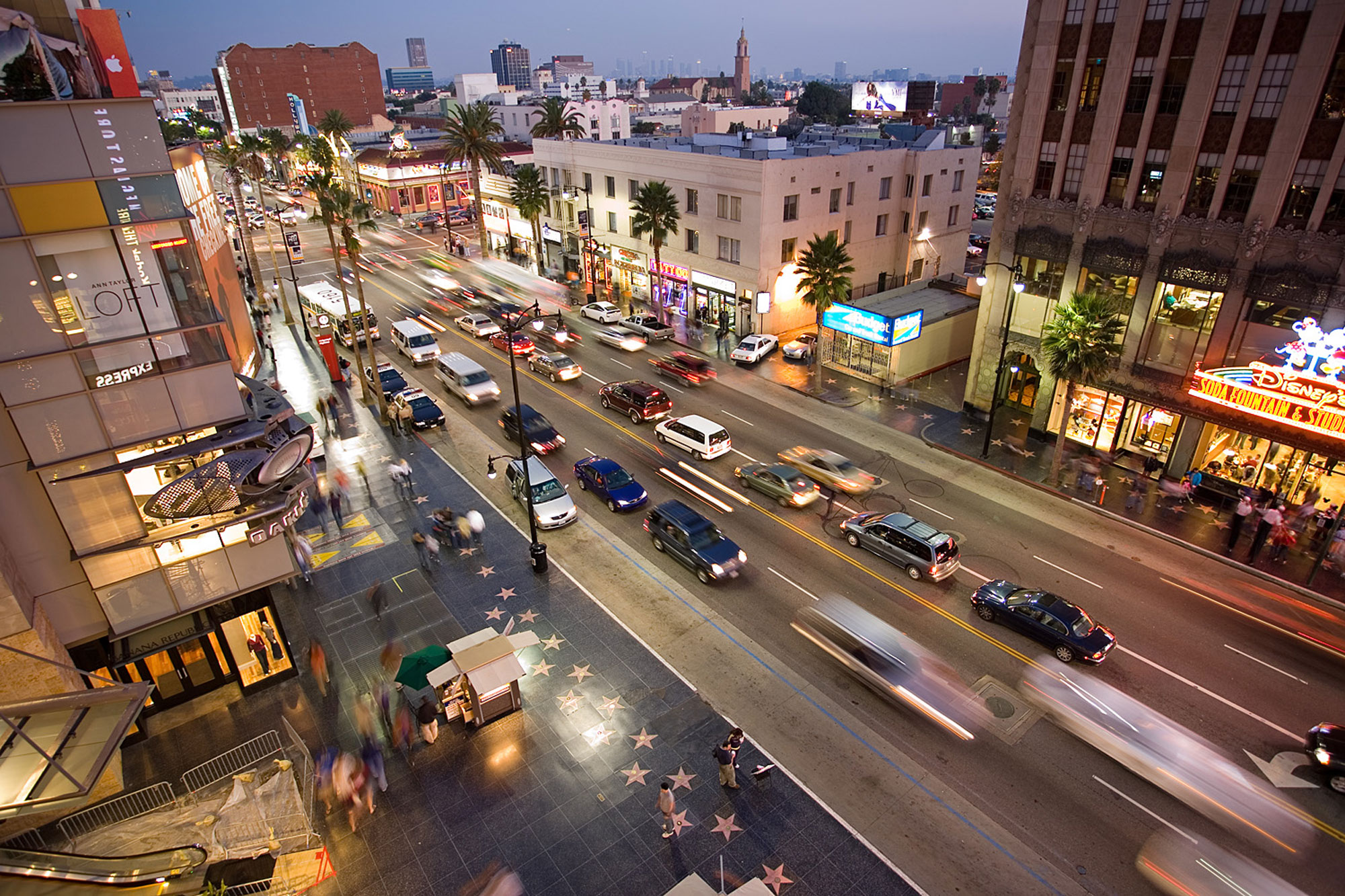 Let’s face it: Hollywood hardly needs an introduction. It has of the most famous place names in the world, synonymous with movies, glitz and glamour. It’s also had its share of griminess and tackiness – but Hollywood is experiencing its own exciting rejuvenation – and deserves consideration.

Hollywood is located in the heart of Los Angeles, served by the 101 freeway and multiple Metro Red Line stops. The Hollywood Hills are to its north, West Hollywood and the Fairfax District are to the west and Koreatown and Larchmont Village lie to the south. The rest of L.A. spreads to its east. Downtown L.A. is 7.5 miles to the southeast and LAX 13.5 miles to the south.

Center of the Movie Universe

There’s no point in denying that Hollywood and the movie industry are synonymous. So, embrace it as a local. It’s all around, be it the famous stars on Hollywood Boulevard or the host of places made iconic by countless movies.

For too long, Hollywood was mostly made up of grotty restaurants and dubious dives – no more! Today, the city’s blocks are filled with award-winning eateries, chic places to hang out (including some great hotel bars) and some of the best nightlife in all L.A.

There is one place in the world where you can hike a trail and spend the entire time spotting beautiful people and even the odd celeb – that’s Runyon Canyon. The 160-acre park has an entrance on Hollywood’s Fuller Avenue and offers stunning views of the entire sprawl that is L.A.

Do you really love your music? Well, then, Amoeba Music on the corner of Sunset and Cahuenga Boulevards will be your music cathedral. With an enormous stock of vinyl records, CDs and DVDs, it is considered the world’s biggest independent music store. Rock on!

The gorgeous Egyptian Theater was faithfully restored in 1998 by American Cinematheque, a non-profit that promotes discourse between filmmakers and film buffs by screening classic and indie films. Panels are hosted with nominees during Oscar season – and all on your doorstep!

The average apartment size in Hollywood is 836 sq. ft, with a median price per square foot of $655, which is higher than the Los Angeles average of $506. A median rental is $3,550 as of August 2018. A mere 8% of residents own their home in Hollywood, making it essentially ‘Rental Central’. This makes it a very significant market for investment buyers.

You can’t get an apartment in Hollywood for a song, that’s for sure. Then again, it is one of the most iconic locations…on the entire planet.

Our Take on Hollywood: Movies…Tinseltown…Resurgence